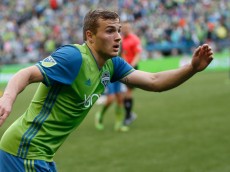 The Seattle Sounders looked like they had a good thing going. They had won three out of four, putting behind them a rough start to the season where they won just one out of five. Having lost Obafemi Martins, Lamar Neagle and Marco Pappa, it had the feel of a rebuilding season. Jordan Morris hadn’t […] 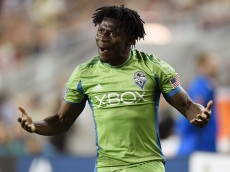 Losing Obafemi Martins to Shanghai Shenua was a debilitating blow that quite literally left the Seattle Sounders offense grasping at straws. They started out the season with three straight losses as a clearly makeshift offense continued to struggle to consistently threaten the goal. What once was Neagle-Dempsey-Martins was now Dempsey-sometimes Ivanschitz-sometimes Morris. There were a […]

Jordan Morris is an incredibly talented young man and one that will undoubtedly have a big part to play in the success of not only the Seattle Sounders, but also the United States Men’s National Team. But there is a certain aspect of Morris’ game that makes it hard to rely on him. Morris is […] 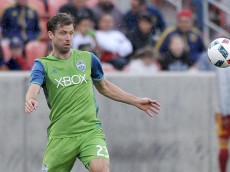 The Seattle Sounders are weighing in as one of the underperformers of the season. After serving as a MLS heavyweight for years, they just have not been able to hit the same heights. And it’s easy to see why. The Sounders have bid adieu to Lamar Neagle and Obafemi Martins and they have not replaced […]

One of the (several) shocking teams thus far into the young MLS season is the Seattle Sounders. The perennial contenders sit dead last in the West, with just four goals scored and six goals surrendered going into the Saturday match ups. Clint Dempsey’s team has been unable to muster what prowess they have been utilizing […]