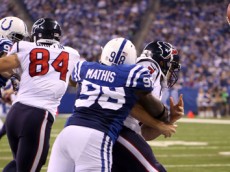 For quite some time, there was a popular belief that Robert Mathis wasn't as good as his sack numbers indicated. Dwight Freeney was the true star on that Indianapolis Colts defensive line, they'd say, and Mathis was just living off of the lack of attention opposing pass protectors were affording him.  But now, with Freeney […] 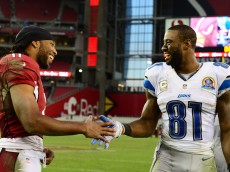 Every year, there’s a number of players that see their own talent wasted on terrible rosters with little hope for the future. No two players have seen their great talent wasted more than receivers Larry Fitzgerald and Calvin Johnson. Those two receivers are likely the best players in the league at their position, but both […]

Week 16 was another terrific week for the 1st round draft class, made more impressive by how well some of the guys towards the bottom of the rankings did. Some real pleasant surprises this week. Most surprising perhaps is that Dee Milliner is my highest graded 1st round pick this week. Despite consistently staying at […] Another stupid week, but this time one game was significantly more stupid than all the rest. In fact, nearly half of this column focuses on the stupid Packers and stupider Steelers. The stupidest policy That would be the policy that allows coaches to challenge whether or not a team gained possession of a loose ball […] 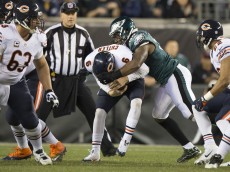 It appears that the playoffs will be starting early with a pair of NFC elimination games. The NFC north features a matchup between two thoroughly inconsistent teams, the Green Bay Packers and the Chicago Bears. After Green Bay’s loss to the Steelers during the early round of games on Sunday, the Bears had a golden […] 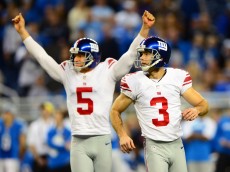 After losing to the Giants during the late round of Sunday games, the Detroit Lions have completed an improbable collapse that saw them move from 6-3 and in control of the NFC East to 7-8 and eliminated from postseason contention. The cliché of “who wants it more” was completely the opposite of Detroit’s latest effort […] Tony Romo and the Dallas Cowboys rallied late to beat the Washington Redskins away from home, keeping their playoff hopes alive and well. There’s something we don’t normally say of the Cowboys. Let’s be clear about this. Tony Romo and the Cowboys weren’t perfect against the Redskins. In fact, it was one of the ugliest […] There are a number of bubble teams searching for a playoff spot that really have no business in the postseason. The Ravens have been woefully inconsistent, as have the Dolphins, and is there anyone that thinks the Steelers could go anywhere if they somehow make it into the playoffs? There is, however, one team that […]

Matt Flynn is an enigma at the quarterback position. With the Packers, Flynn appears to once again be a solid option as an NFL starter. Since being acquired by Green Bay, Flynn is 2-1-1, and he’s spreading the ball around efficiently. He even has one of the greatest comeback wins in recent memory under his […] 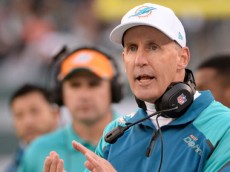 When it comes to the NFL's coach of the year odds, a lot of "ifs" are in play. If the Miami Dolphins finish 2-0 and make the playoffs, Joe Philbin will deserve a ton of consideration for getting them there despite all of the tumult caused by the Richie Incognito-Jonathan Martin fiasco.  If the Philadelphia […] 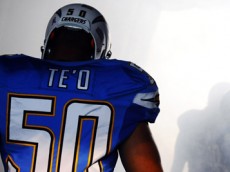 So Sheldon Richardson has had one hell of a year with the New York Jets. He's played so well, in fact, that the rookie thinks he'd be the No. 1 overall pick if we could all go back in time. We can't (yet), and so Richardson will forever be referred to as a No. 13 […] "—te" is the new spelling for elite because ELI is missing. Eli Manning, first-round Draft pick and two-time Super Bowl winner, is suffering through his worst season since his rookie year in 2004. His Giants team has lost three of their last four games and their last loss was a skunk by the Seahawks. Eli's […] Five weeks ago, the Detroit Lions were sitting pretty atop the NFC North. Everything was going their way. The Bears and Packers had been completely decimated by injuries, and although the Lions had to deal with the usual amount of NFL injury-related struggles, the key players on the team were well and ready to play. […] Week 16 in the NFL is almost here, and you might be entering the weekend with your own preferences regarding which games to focus on, and which to place on the backburner. Most of you have your favorites and fantasy players to track. But in case you're completely neutral or need help breaking ties with […] Heading into the playoffs, there’s no question warm weather teams can benefit greatly from home field advantage. Usually, such an advantage allows teams to avoid cold climates throughout the playoffs, including the Super Bowl, but the 2014 Super Bowl will be a bit different. New York City is about to host the much awaited cold […]