The Philadelphia Union have taken the “surprise team of the year” award thus far into the season. They have beat Columbus at MAPFRE. They destroyed New England, and it could have been worse. They put down a red hot Orlando City. There is reason to be excited about this Union team and that reason it not the far off return of Maurice Edu.

Things could get much more surprising and much more exciting if C.J. Sapong puts it all together. The American striker has shown so much through the first five games, but through all that he is shown, one thing is incredibly clear: He is so close to brilliance.

Sapong was an afterthought when he played with Sporting KC, despite initially capturing Rookie of the Year honors. After his first year, where he started 21 matches but only put together six goals and three assists, he was pushed to the background. That is when the Union picked him up and made him their go-to striker.

While the nine goals and three assists he managed in 20 starts last season still was not the return that they were looking for, their patience may be paying off rather early, as this go-around has the makings of something special. 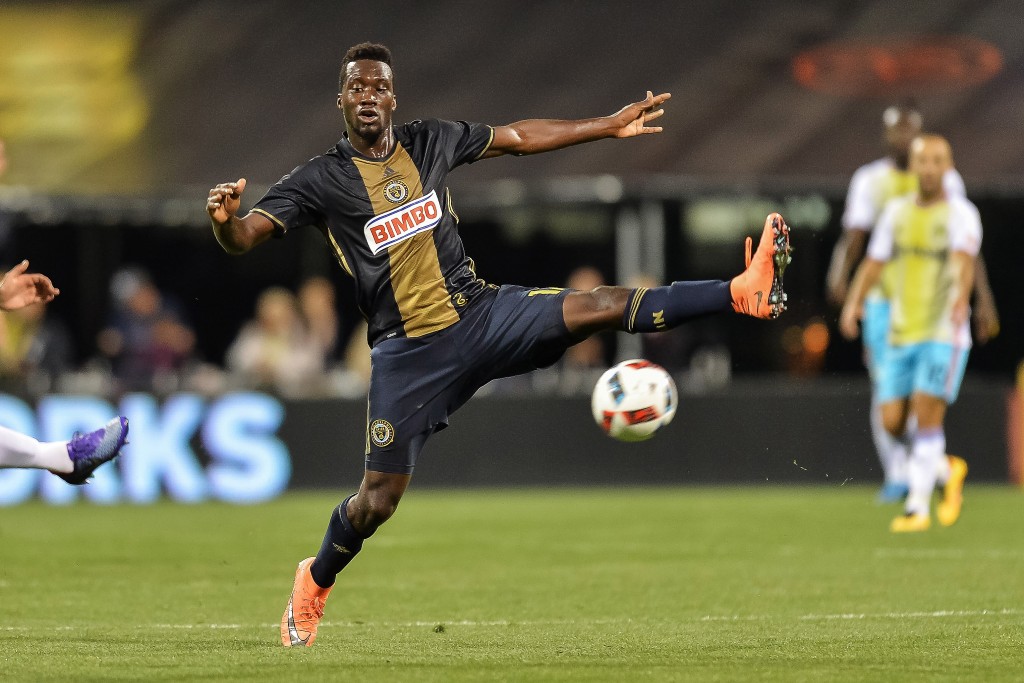 This year, Sapong has already scored three goals, tied for second in the league. He was also robbed of a goal by the post, as well as putting himself on pace to having more shots blocked than ever before. It doesn’t sound like much, but when you watch him play, you see what he is all about. Sapong is a presence. He makes himself a nuisance in the box. His second minute goal against Orlando was a result of being a pest. There were three Orlando defenders around him, but Sapong got the ball and capitalized on an opportunity.

He has become a master of the one-touch. When he gets the ball in the box, there is no question what Sapong is looking to do. If he can’t take the ball first time, he will settle it coolly and find the space to fire.

It’s not easy to fire 14 of your 16 total shots from inside the 18 yard box. You have to have the physical ability to keep the defense at bay and the technical ability to field passes with a deft touch and find the space to fire off a viable shot. Both of his goals against new England oozed with these qualities.

Sapong has proven an ability to do both of these things. You could even make the argument that his three goals are a lower count than he should have, but these things have a way of evening out in the long haul. Don’t be surprised to see C.J. Sapong in the race for the Golden Boot all year.

Josh has been published on CBS, FourFourTwo and more, as well as serving as the editor of Stateside of Soccer and Pain in the Arsenal. Nothing is more important than growing the greatest sport in the world in the greatest nation in the world.