Jekyll and Hyde sum it perfectly doesn’t it? It was a game of two halves for the Portland Timbers as they were able to take a lead heading into the half, but two mistakes in the second half doomed the reigning champions.

Jake Gleeson kept the Timbers alive in the first half. He palmed away a scorcher from Mezquida early in the game and was being tested in the back as the match went on. Portland found the breakthrough via intelligent play by Nagbe and spectacular awareness to stay onside by Borchers. Borchers is a man of many qualities beyond his majestic beard.

Vancouver kept coming. Gleeson parried away a shot before the end of halftime and had to get on the end of another at the beginning of the second half.

With Kwarasey out injured, Jake Gleeson has been stepping up for the Timbers. Last week he was awarded MOTM against Toronto FC for his performance.

But who is Jake Gleeson?

At 25, Jake Gleeson has been through it all. It started with outstanding performances in the 2007 U-17 World Cup that translated into invitations from Everton and Manchester United to come on trial. I wonder if either of those clubs saw what they had seen in Tim Howard? Just a thought.

In the end, it didn’t work out due to an illness he had during his trials. In 2010, the Seattle Sounders offered Gleeson a trial, but he turned it down to join the new expansion team, the Portland Timbers. The Timbers didn’t offer Gleeson a trial; they offered him a guaranteed contract.

Sounds like a win-win situation for the Timbers and Gleeson.

Gleeson started in the trenches with the U-23 squad and won the championship his first year and was able to amass 15 saves and three clean sheets. They finished the season undefeated.

He made his debut in MLS for the Portland Timbers in 2011. At the time, he was the third string goalkeeper on the squad but played an important part with the first team. During his first team opportunities he was able to pull off two MLS saves of the week within five weeks of each other. Fancy.

His path led him to a loan to Sacramento Republic F.C. in 2014 and now with Kwarasey injured, Gleeson finds himself with an opportunity to compete for a spot on the starting XI.

Gleeson’s latest game vs. Vancouver shows that the potential is there, but more will be asked of the young man if he expects a chance to defend the Timbers’ goal week in and week out.

Although he was able to keep the Timbers in the match during the first half, Gleeson has a habit of palming the ball away during saves. When diving, instead of cupping his hand and trying to contain the ball in his hands, his gloves are often flat. Flat hands lead to deflections. It saves the shot from going inside the goal, but the Timbers are forced to continue to defend because the opposition now has a corner kick opportunity.

Imagine the opposite where Gleeson can handle the shot, collect the ball and now start the Timbers’ attack. To be fair, it may have been necessary to palm away the majority of the shots due to the situation of the play, such as the power, angle, and spin of the ball coming on frame. 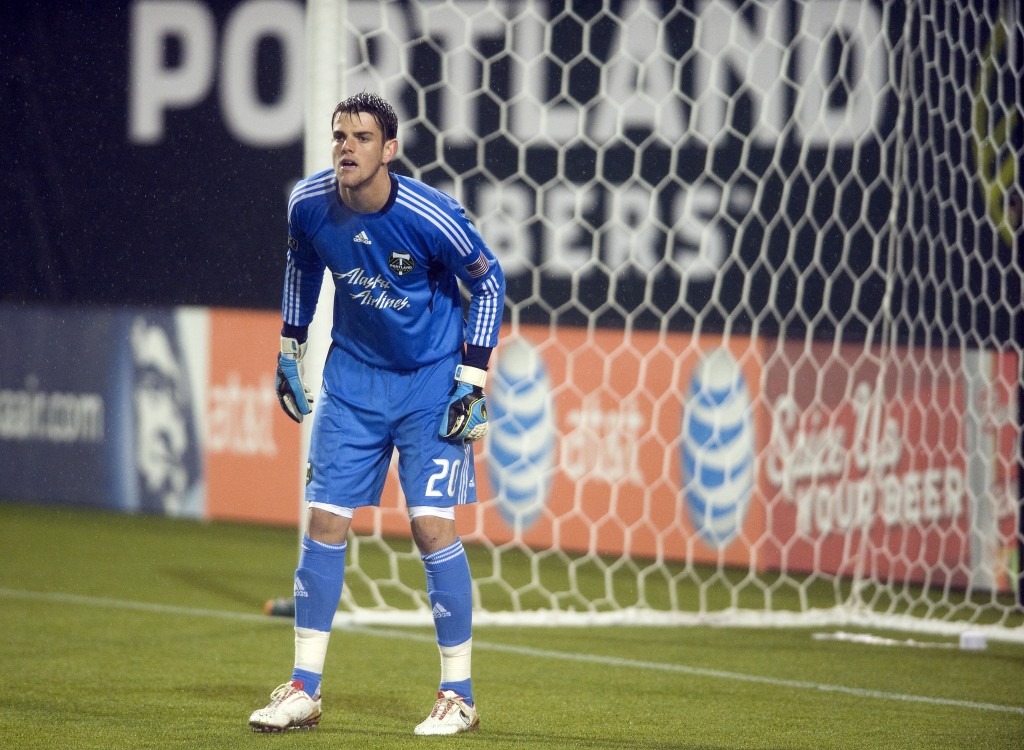 Both goals for Vancouver should have been saved. The first was a goal from Kudo from a tight angle on the left side of the six-yard box. Gleeson got beat on his front post. That’s goalkeeping 101, Gleeson’s reaction said it all.

The second goal rubbed salt in an open wound. Bolanos floated an innocent ball into the box. Borchers may have wanted to do better to win the contested header against the Vancouver striker, but the damage was done. The ball landed/bounced right between Gleeson’s legs and rolled in as the decisive goal for a Vancouver victory.

It may have been the lighting. Gleeson was situated in a strip of shadow, and the rest of the pitch was under the sun. Tracking a ball transitioning in the lighting is difficult. He may have thought either Borchers or the Vancouver striker would get a touch on the ball so Gleeson may have been anticipating a deflection, not for the ball to bounce to him. Or, it may have been a lack of concentration, a mistake.

Either way, Gleeson has the fundamentals, the ability, the heroics, now its time to see how he bounces back from disappointment. It may define his role for the Portland Timbers.

That’s the most difficult part of being a goalkeeper, one day you can be Jekyll and the next match you’re stuck being Hyde.